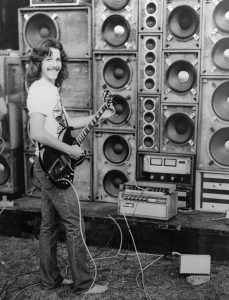 Originally from Chicago, Bill absorbed the ambience of the ever present blues scene and cut his teeth as a guitar player in the local scene. After playing with several bands in Chicago, Bill moved to Los Angeles in the late 70’s.

There he became involved in motion picture sound and began sound editing. Bill moved up to become a supervising sound editor and worked for several great companies including Glen Glenn Sound, Todd AO and Skywalker Sound. He moved into a management position in the year 2000 and became the SVP of  Television for Todd AO/Soundelux. In 2006, Bill was hired by Warner Bros to become the VP of  Post Production Services. He held that position until retirement in 2019. Throughout his career, Bill kept his hand in music, playing in local bands and writing songs.

Today Bill writes and produces songs from his home studio and continues to collaborate with fellow musicians.

Take a listen. I hope you like what you hear…